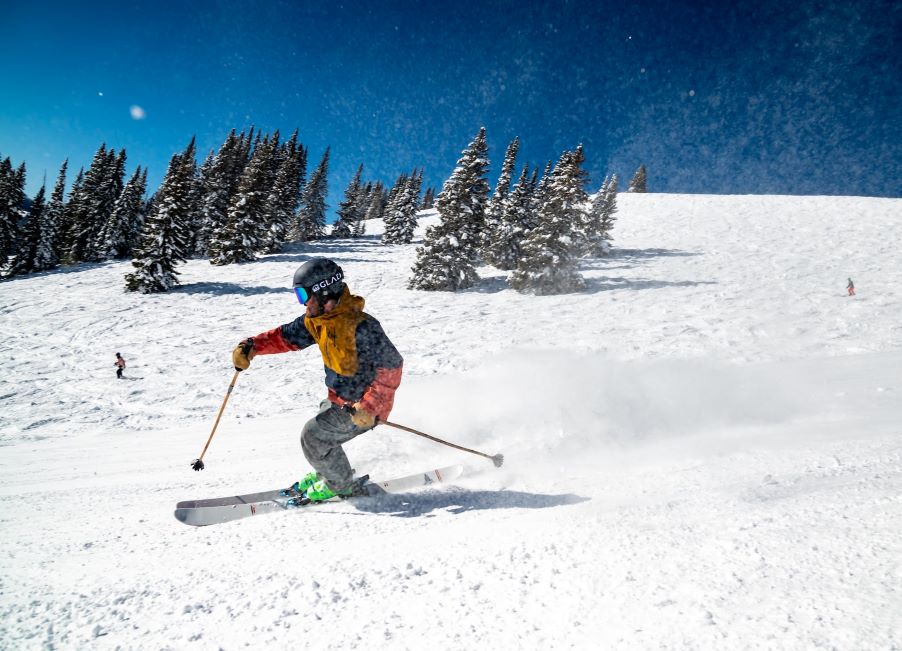 There’s something for every skier and snowboarder in 2023, with mountain upgrades, anniversaries, and million-dollar renovations. From bucket-list Japanese destinations to record-breaking snow in the Rockies, here are the best winter vacation spots.

Unexpected Skiing in the Arizona Mountains

Discover Arizona’s winter sports offerings for an unlikely ski trip in 2023, a destination known for its year-round sun and desert landscapes. Arizona Snowbowl Winter Resort, located north of the mountainous city of Flagstaff, has the state’s longest ski season, with an average annual snowfall of more than 260 inches. Snowball is the most popular of Arizona’s three winter resorts, with runs for everyone from expert locals to complete beginners or children. Sunrise Park Resort in East Arizona is another option for a winter sports vacation, with separate runs for snowboarding, cross-country skiing, and children’s skiing in addition to skiing.

Colorado’s Steamboat will mark its 60th anniversary in January 2023. The well-liked resort, which is renowned for its western heritage, is currently undergoing a $200 million renovation that will modernise the resort’s base area and mountain. A new ice skating rink and food and beverage hall have been added to the base area, and the new Wild Blue Gondola has grown to be the longest and fastest 10-person gondola in the United States. Along with 13 other ski resorts in North America, Steamboat is included in the Ikon Pass, which offers unlimited access.

The renowned ski resort Vail in Colorado is commemorating 60 years of operation this winter with a calendar of tributes and special events. Vail, which was established by World War II veterans, has seven recognisable back bowls that are now easier to access than ever thanks to new, fast chairlifts. Vail should be on every skier’s bucket list because of its old-world charm, extensive history, mouthwatering dining options, which range from fine dining to casual family fare, and its diverse nightlife and après-ski scene.

Aspen Mountain is expanding its skiable acreage by more than 20% in preparation for the winter of 2023–2024. Since the opening of the Silver Queen Gondola in 1985, the mountain’s first significant addition has been the Pandora’s area, which is currently under construction. There will be glades and groomed trails measuring 1,220 vertical feet, with intermediate to advanced terrain. While at the resort, guests can travel to Buttermilk, one of the other four mountains, to ski the family-friendly mountain and experience the recently renovated base area, which includes a new restaurant and fully electric skier services building.

Palisades Tahoe is now the third-largest ski resort in North America thanks to the much-anticipated $65 million base-to-base gondola that for the first time connects the resort’s two mountains. A combined 6,000 acres of legendary terrain are now accessible to skiers and riders in a brand-new way. The Village at Palisades Tahoe and Alpine Lodge are the two base areas that skiers and riders will travel between via a 16-minute gondola ride, which will ease traffic in the area and make it simpler to enjoy both mountains in one day. It offers sweeping views of Lake Tahoe and the Sierra Nevada and is the first gondola of its kind in North America.

At The Summit in Snoqualmie, Washington, try night skiing

The Badger Pass Ski Area, in Yosemite Mariposa, is the first ski resort in California

The ski season typically lasts from January through March, and the Badger Pass Ski Area reopened in January 2022. This is the Sierra’s best-kept secret and was established in 1935 as California’s first ski resort. With 10 runs, a base elevation of 7,200 metres, and the Wildcat, Red Fox, and signature Badger runs, Badger Pass is great for black diamond skiers as well as welcoming for beginners and intermediate skiers. Visitors can also take advantage of snow tubing, cross-country skiing, and snowshoe trails and rentals. Visitors can call (209) 372-1000 to get information on the snow, weather, and ski areas. The Badger Pass Webcam is also a great tool for keeping up with the most recent snow conditions.

Whistler, with its top-notch ski runs and European-style Village that truly embodies a winter wonderland, is the best place to be in the winter. The Village is changed into a setting one would only associate with movies. Whistler Village is the ideal location to watch the snow fall in December because of its lovely twinkling Christmas lights and snow-covered roofs. The view from Black Tusk is as representative of Whistler as it gets for those seeking more. There will be less waiting and more skiing when the Big Red Express and Creekside Gondola join the Whistler Blackcomb mountain for the 22–23 ski season. The Creekside area’s out-of-base uphill capacity will increase by 35% thanks to these lifts, especially on high-volume days.

The 2022 USA Today 10Best Readers’ Choice Travel Award Contest named Mammoth Lakes, California, the “Best Ski Town” in North America this month. Mammoth Mountain, which is located in Mammoth Lakes, is already off to an amazing ski season with 5 feet of new snow in December! Mammoth Lakes, which has a long history of serving as a basecamp for adventurers, has managed to maintain its laid-back charm despite significant investment over the past ten years that has resulted in a variety of new dining, lodging, air service, and activity options that offer an incredibly well-rounded visitor experience. In addition, the local ski and snowboard season is among the longest in the nation and frequently lasts until the Fourth of July.