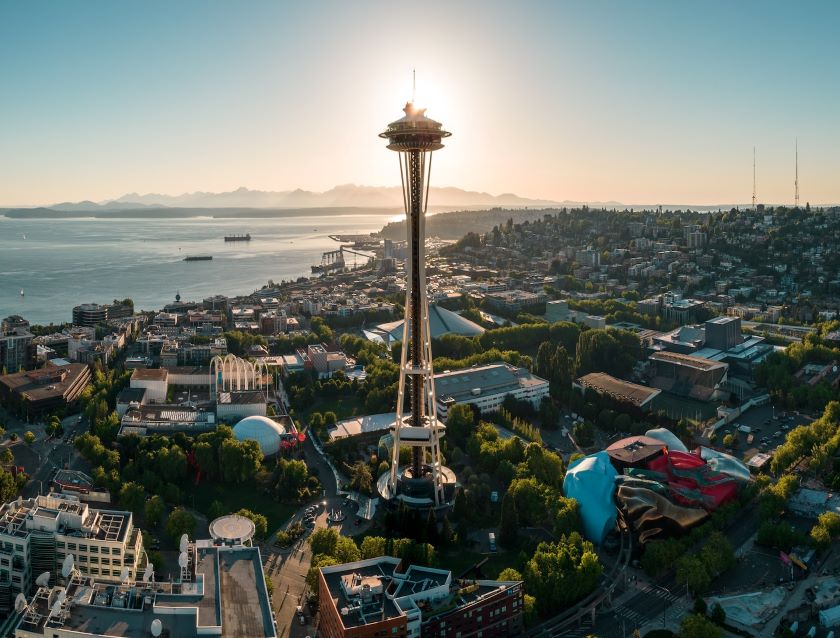 Cloud break, a brand-new event that will take place in Seattle this fall, is a genuine celebration of the city’s dynamic music venues. The once-in-a-lifetime festival, organized by King County and Visit Seattle, runs from 3–23 November and invites visitors to immerse themselves in Seattle’s adored live music scene.

We examine the extensive music selection in the city that has produced giants like Jimi Hendrix and Kurt Cobain of Nirvana in honor of the vibrant music culture in Seattle returning in full force once more.

Seattle is known for its rich musical history, which includes the birthplaces of Nirvana, Pearl Jam, and Jimi Hendrix, to mention a few. There is no better place to appreciate the diverse music scene than the Museum of Pop Culture (MOPOP). Frank Gehry is credited with designing the eccentric, vibrant structure, which is best admired from the top of the Space Needle and is said to symbolise the energy and fluidity of music. Permanent exhibits on the aforementioned musicians are housed there, along with a guitar gallery featuring pieces by musicians like Slash and Dave Grohl and a sound studio where guests can record their own music.

Every grunge band and fan in the nation congregated at The Crocodile in the 1990s. These walls have witnessed some of the most famous performances in musical history, supporting up-and-coming musicians like Green Day, The Strokes, and Nirvana. In light of Seattle’s rich musical history, the 1,150-person theatre continues to be an unrivalled independent music haven for both performers and fans. For any music lover, it is a must-visit location located in Belltown.

The Jimi Hendrix statue is located in the Capitol Hill area and draws a wide variety of admirers and tourists from all over the world. Music fans who want to pay tribute to the late rock guitarist must take a selfie with the bronze statue before leaving the city. The statue is really called Electric Lady Studio Guitar and is part of a body of work by local artist Daryl Smith. Greenwood Memorial Park in Renton also has a memorial where the musician’s remains are interred.

Large outdoor art installation made of steel pipe structures is called Sound Garden, and it was the inspiration for the classic rock band of the same name. The sculptures, which are situated on the shore of Lake Washington and offer stunning views of the surroundings, produce musical sounds when wind blows through them. ID must be presented before admission.