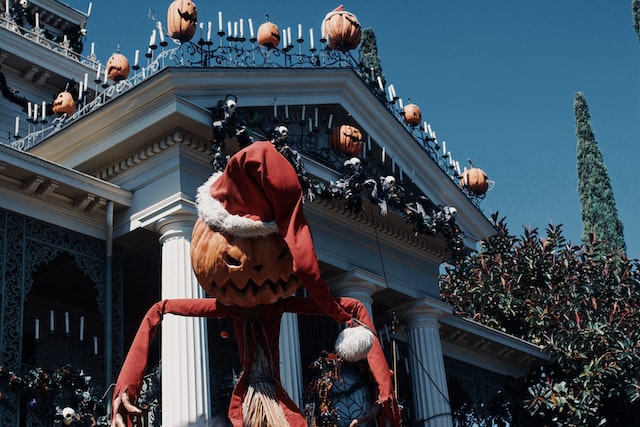 We’ve compiled some of California’s most eerie locations, from fascinating ghost towns to haunted hotels, in celebration of Halloween. No matter if you believe in ghosts or not, a trip to one of these five haunted locations is sure to make you jump.

Chinese Camp, a well-known ghost town, has the remains of a former mining settlement from the California Gold Rush era. These days, the deteriorated buildings appear to be on the verge of disintegrating completely. This location and its eerie atmosphere have an unexpectedly attractive quality. Some people believe that this location is the most spooky ghost town in Northern California.

One of the most opulent ghosts in history may be seen by visitors staying at the Hollywood Roosevelt Hotel in Los Angeles. There are rumours that Marilyn Monroe herself still wanders the premises. Visitors have also claimed to hear eerie trumpet music that they believe is the ghost of Montgomery Clift, who frequently practised in room 928.

The abandoned adobe structures and weathered wooden shacks at the remote outpost of Ballarat Ghost Town serve as a reminder of Death Valley’s mining past. The town’s population increased to 500 or more in 1898 as a result of profitable gold discoveries in the Panamint Mountains. Three hotels, seven saloons, a post office, and a Wells Fargo stop soon sprung up in the expanding community, but after 20 years the miners’ luck ran out and the town went into ruins. Visitors today are more likely to see wild burros than people. However, the desert landscape hasn’t changed much, and the Panamint Range, which backs a few of the remaining structures, is incredibly rocky and steep, drawing photographers and history buffs.

This historic fort’s secluded location in Humboldt County, which overlooks a rough bluff in Humboldt Bay, gives it a ghostly aspect. The true draw, though, is the alleged ghost of a dead officer who died from malaria in 1897 and supposedly still watches trekkers from hospital windows.

The Queen Mary, formerly known as the “Grey Ghost,” offers shocks in the form of a decapitated sailor’s screams in the boiler room and visions of a lady in white stalking the halls. A few haunted excursions are available, or guests can reserve a stay in Stateroom B340 for an overnight adventure.