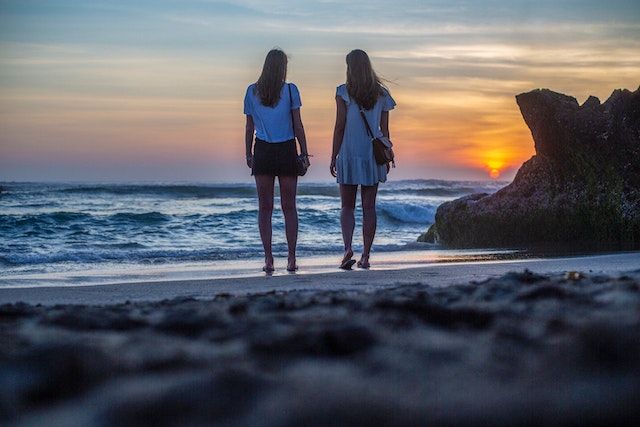 Data from travel insurance provider Seven Corners shows how, in 2022, travelers are planning and thinking differently about their summer holidays than they were before the pandemic. The business disclosed pertinent information highlighting variations in the quantity and length of summer vacations, travelers’ concerns regarding summer travel after a pandemic, and preferences for domestic or international travel.

More summer vacations are being planned by Americans.

This summer, more than half of travellers say they’ll travel more than they did before the outbreak. However, COVID-19 continues to influence a lot of their travel-related choices and worries.

Most of the 58% of respondents who said they will travel more this summer than they did in the years before the outbreak are changing their travel habits. For instance, close to 16% travel during the summer instead of the rest of the year, and close to 10% travel more during the summer due to worries that COVID-19 may reappear and impose travel restrictions.

For a change, 10% of summer travelers are concentrating on micro-cations, while another 10% intend to travel more this summer since they’re sick of staying home as a result of travel restrictions that have been in place for the previous two years. This is consistent with findings from research Seven Corners did in January on travel trends for 2021, which revealed that, according to insurance policies offered by Seven Corners, micro-cations will become more popular in 2021. When compared to 2019 and 2020, the number of these short-term trips increased by 74% and 66%, respectively.

Nearly 46% of Americans who intend to vacation this summer say they’ll spend the same amount of money on it as they usually did before the pandemic. But over 39% intend to spend more this summer on travel.

26% of those who planned to spend more stated that it was due to the rise in travel expenses. Only 16% of respondents indicated they would spend more on themselves, and 11% said it was because they had saved money for a trip and were prepared to utilise it.

49% of those who planned to remain in the country and 14% of those who planned to travel overseas indicated that the expense of travel was their top concern this summer. Some domestic travelers also made a point of mentioning the growing cost of petrol. The risk of getting COVID-19 (20%) and flight delays (13%), which were the other two top concerns for domestic travelers, were substantially outweighed by the rising expense of travel.

There is disagreement among travelers on foreign travel.

When they travel this summer, almost half of respondents (49%) intend to stay in the United States. When asked if their choice of location has changed since the outbreak, 31% responded that it hasn’t. However, 21% of those who did report a change in their travel plans intend to remain in the United States because they feel uneasy travelling abroad.

However, 13% of responders whose destinations were altered intend to travel abroad because they were unable to do so during the pandemic. Some of the top worries about travelling abroad among all respondents who want to do so were directly related to COVID-19 and its numerous repercussions on travelers.